Book Discussion: Very Far Away From Anywhere Else

Very Far Away from Anywhere Else by Ursula K. LeGuin

Owen has never felt like he fit in. Then he runs into his neighbor, Natalie, on the bus and they connect over an awkward joke. As their friendship grows, each teenager realizes they may have finally found the one person that understands their peculiarities. 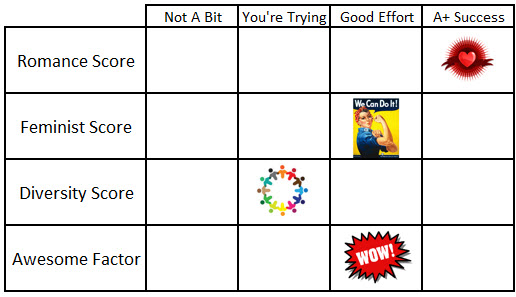 I appreciate the realistic approach to the haze of hormones and social pressure and the self-respect each character has for themselves and their relationships.

There’s not a whole lot here to judge – but even after a mistake, Owen does a good job of listening to what Natalie says. Natalie speaks for herself, so I think this is a good example of how to treat your lady friends.

Not much to go on – although Natalie is “stocky” and Owen has crazy hair. It’s possible that things are intentionally vague, as LeGuin is very clear about her character descriptions and usually makes an effort to be diverse.

This book isn’t for everyone – but it is for people that feel different, struggle against the norm, or want to remember the triumph of overcoming the emotional hurricane of high school.

[Of the Bronte family] “The kind of frightening thing was that it was the boy, the only son, who couldn’t take it, and cracked up – went on drugs and alcohol, got hooked, and died of it. Because they’d all expected the most of him, because he was the boy. The girls, whom nothing was expected since they were only girls, went on and wrote Jane Eyre and Wuthering Heights.”

There were tons of insightful lines in the book as Owen turns his outsider eye on the way life is lived around him, but this one encapsulated the crux of the teens’ issues with their current situations. Their goals and choices don’t conform to the usual expectations and they struggle under the weight of others’ opinions.

I LOVE LeGuin’s work – pretty much all of it. This one is a less common piece for her as it is neither sci-fi or fantasy, but her ability to create characters is still perfectly exhibited. It was a quick read and I think it would be well-appreciated by the target audience. I felt a little nostalgic for high school but also incredibly relieved that I am now a little more comfortable in my own skin than I was then.

LeGuin won the National Book Award and her speech was awesome.

I hate to recommend it, but Catcher in the Rye is similar in its coming-of-age-ness. For more fantastical takes on teens figuring themselves out: Ender’s Game and LeGuin’s wonderful Earthsea series (especially the first 2).

Jess loves SFF – old and new school –  and is learning to appreciate the more lovey-dovey YA under the careful tutelage of Anisha’s recommendations.

4 responses to “Book Discussion: Very Far Away From Anywhere Else”

Tell us what you think! Have you read the book? Loved or hated it? Cancel reply