Book Discussion: The Royal We

The Royal We by Heather Cocks and Jessica Morgan

Rebecca Porter did not dream of being a princess.

When Rebecca (Bex) leaves Cornell to study abroad at Oxford for a semester, she did not expect to be placed in the same dorm as Prince Nicholas, Great Britain’s future king and the most eligible bachelor. Nor did she expect to be part of his social circle, have similar interests, and eventually, fall in love with him.

But life as a royal’s girlfriend is not all glamour. Bex finds herself in the middle of complex royal family relations, untrustworthy colleagues and friends, and the ruthless paparazzi, who will stop at nothing to get the scoop on her. Nick and Bex have to maneuver their relationship, and decide on their future (together or apart) in the public eye.

The Royal We tells the Will-and-Kate story from Kate’s point of view. If, of course, Kate was American. 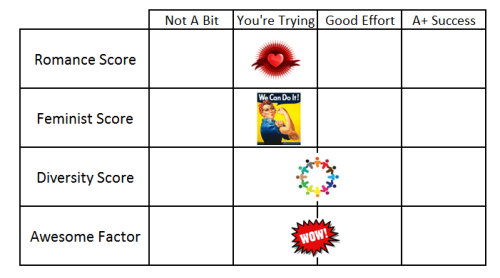 Despite the somewhat silly premise, the romance between Nick and Bex is well-built. Bex first earns the trust of Nick and then falls in love in the best way possible: while binge-watching awesome television together. Their relationship is complicated – Nick has concerns about marrying young and of course, the press want to know everything about their relationship. I liked how real it seemed, despite all the craziness of princes and royalty.

Bex works hard to remain her own person despite all the restrictions of being the girlfriend of the heir to the British throne. She’s a supportive partner to be sure – but she also works to make a life for herself outside Nick. She has a harder time standing up to her sister (her best friend), but their relationship perfectly explained the tension between your love of your closest sibling and your significant other.

Diversity Score:  Not A Bit

I was pretty disappointed with the lack of diversity in this book. It pretty closely follows the Kate-Will story, but all the characters are rich and white. Even Bex, the “outsider,” is from a rich, well-educated family. This is a story about the British royals, who are … rich and white, but I wish we could have seen a peek into something else. There’s a bit of discussion about mental illness, but the topic isn’t discussed deeply enough to warrant a higher score.

I really enjoyed this book – it was a quick, fun read with a deeper message about relationships, sacrifice, and balance. But despite enjoying it, I couldn’t rate it any higher with the blatant lack of diversity.

Nick. He’s a swoon-worthy prince in many respects. He wants what’s best for Bex, and works hard to make sure she fully understands what it means to be attached to him.

“Long ago, I reminded Nick that he had the power to turn a life of being in-waiting into a life he wanted to live – that he could still be in charge of himself. So could I , and so could Freddie, and running away was not taking charge; it was just running. Besides, if I’d ever really wanted to leave, I wouldn’t have needed Freddie to open the door. I would have saved myself.”

Yes, especially for those of us with an interest (cough obsession) with the royal family. If you also refreshed CNN nine times an hour when Princess Charlotte was born, or woke up at 5 a.m. and Skyped with your mom during the royal wedding, you will love this book.

Jessica Morgan and Heather Cocks are die-hard royalists, and run a blog called Go Fug Yourself , which covers celebrity gossip and, of course, the royals.

American Wife by Curtis Sittenfield. American Wife is based on the life of Laura Bush, told from the point of view of Laura from childhood through her time in the White House. And while this book is purely fiction, it is a very interesting take on a First Lady.

Anisha loves books, Gilmore Girls, and her Kuerig. She’s been reading mainstream YA since she was actually a young adult, and Jess is helping her expand her horizons with more diverse, interesting books from newer authors.

Tell us what you think! Have you read the book? Loved or hated it? Cancel reply